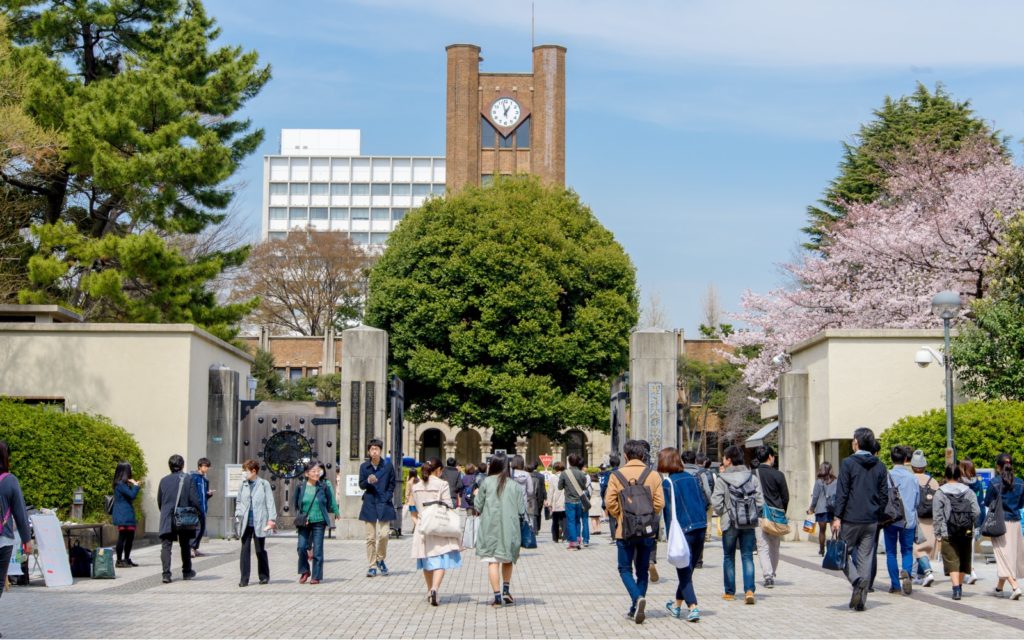 Are you considering studying on low tuition in Japan? Then read this article review to find out everything you need to know about Japanese universities and student life, and what steps to take next. Popular for making things smaller, faster and first, Japan has the third-largest economy in the world. Its economic strength is as a result of the strong research and development industry that underlies successful international companies such as Nissan, Toyota, Panasonic, Canon and Sony – in addition to producing robots for every need imaginable.

It is not surprising then that, a world class tertiary education system lies behind all this development and innovation.

Admission to universities in Japan

Instead of submitting a GPA (grade point average) or other assessment grades, students applying to universities in Japan are expected to take entrance examinations. The ‘Examination for Japanese University Admission for International Students (EJU)’ is the standardized test for international students, designed to test basic academic skills in key areas such as science, mathematics and ‘Japan and the world’.

Note that some 95% of national universities, 65% of public universities and 44% of private institutions mandate the EJU for entrance.

Other universities also require new students to sit for an additional examination. While the EJU can be taken at test centers across Asia, applicants are often expected to travel to Japan to sit for some of these institution-specific tests. Fees for the tests are between ¥7,560 and ¥14,040 (US$67-$125) depending on how many courses you take, and the test is done twice a year.

Additionally, applicants will be asked to provide a completed application form, academic transcripts, proof of sufficient finances to cover tuition cost, academic references, a valid passport and a couple of passport-sized photographs.

International students who are keen to study for more than three months in Japan will have to apply for a student visa. In order to do this, you are expected to obtain a Certificate of Eligibility, which will be applied for on your behalf by the Japanese university you have gained admissions into.

Once this has been issued, you will be expected to apply for your visa through your local Japanese embassy or consulate. In addition to the original certificate of eligibility (and an additional photocopy), you are expected to provide a valid passport, a completed application form and a recent passport-sized photograph as well.

If you want to work in Japan while studying, you’ll need to obtain ‘Permission to Engage in an Activity Other than that Permitted by the Status of Residence Previously Granted’, which you can apply at an immigration bureau the moment you arrive in Japan. As a rule of thump, this permission allows you to work up to 28 hours a week during term-period and eight hours a day during official holiday times.

Tuition fees in Japan, although quite expensive in Asia, is still cheap when compared to Western countries such as the UK or the US. Typically, you should expect to pay between ¥535,800 and ¥1,725,966 (US$4,760-15,340) per year – but do not make the mistake of assuming that the most expensive ones are the highest-ranked institutions.

The Japanese Government (Monbukagakusho) Scholarship is one of such competitive scheme, for which students will require a recommendation from their university or local Japanese embassy. Another amazing government initiative is the Global 30 Project, which not only provides students with more options to study in English, but also awards them financial support and visa advice.

For more info on how to pursue scholarship funding, check out the information provided on JASSO’s Gateway to Study in Japan website or go through the online scholarship database provided by Japan Study Support (JPSS). In addition, connect with the admissions department of your chosen university, or your local Japanese embassy or consulate.