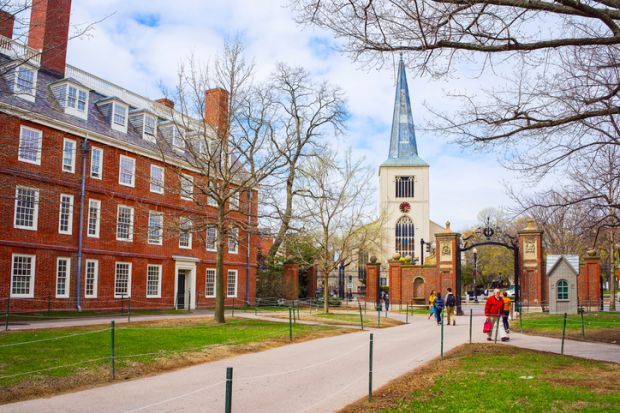 USA houses   many top universities in the world. These universities are recognized for their high quality educational system. Students who graduate from these universities have a very high chance of being employable. Here’s an overview some of the Top Universities in USA. We shall also talk about their tuition fees, courses offered and acceptance rates.

Harvard University is a private Ivy League research university in Massachusetts, USA. Harvard is the United States’ oldest institution of higher learning. The university was founded in  September 1636. Its history, influence, wealth, and academic reputation have made it one of the most prestigious universities in the world. Little wonder why it is number one ( 1) on our list.

Tuition Fee: On average, international students with a scholarship to Harvard pay around $12,000 for tuition.

Without a scholarship however, students pay $46,340 for tuition.

Founded in 1885, Stanford University is renowned university,  known for its academic achievements, wealth,, and selectivity. Standford University ranks as one of the world’s top universities.

Standford University has 18 Institutes and over 20 libraries.

Stanford Medicine is leading a worldwide revolution in precision health.

Acceptance Rate: Stanford’s admissions process highly competitive. Stanford University has an acceptance rate of 4.4%. That is, for every 100 students who applied, 4 students were admitted. USD.

This is another private research institute in Cambridge, Massachusetts. Massachusetts Institute is popularly  known for its creativity , innovation and academic strength, making it one of the most prestigious institutions of higher learning in the world.

Massachusetts Institute Technology, was founded in 1861.

Engineering- Massachusetts Institute Technology is one of the leading Institutes when it comes to Engineering.

Tuition Fee for International Students in Massachusetts Institute Technology: The MIT undergraduate and graduate tuition are $49,580 per year.

Note: The tuition fee for undergraduate may differ depending on the program.

Cambridge University is ranked #7  in the QS World University Rankings 2020.

Some Common Courses offered in University of Cambridge:

The University of California, is a public research university located in Berkeley, California. It was founded in 1868.

Some Common Courses Offered in University of California:

Acceptance Rate at University of California:16.9%

Read also: List of Top Universities in America and Europe

Acceptance Rate at University of Pennsylvania: 9%

Courses offered in the University:

Be the first to comment on "Top Universities in United States"